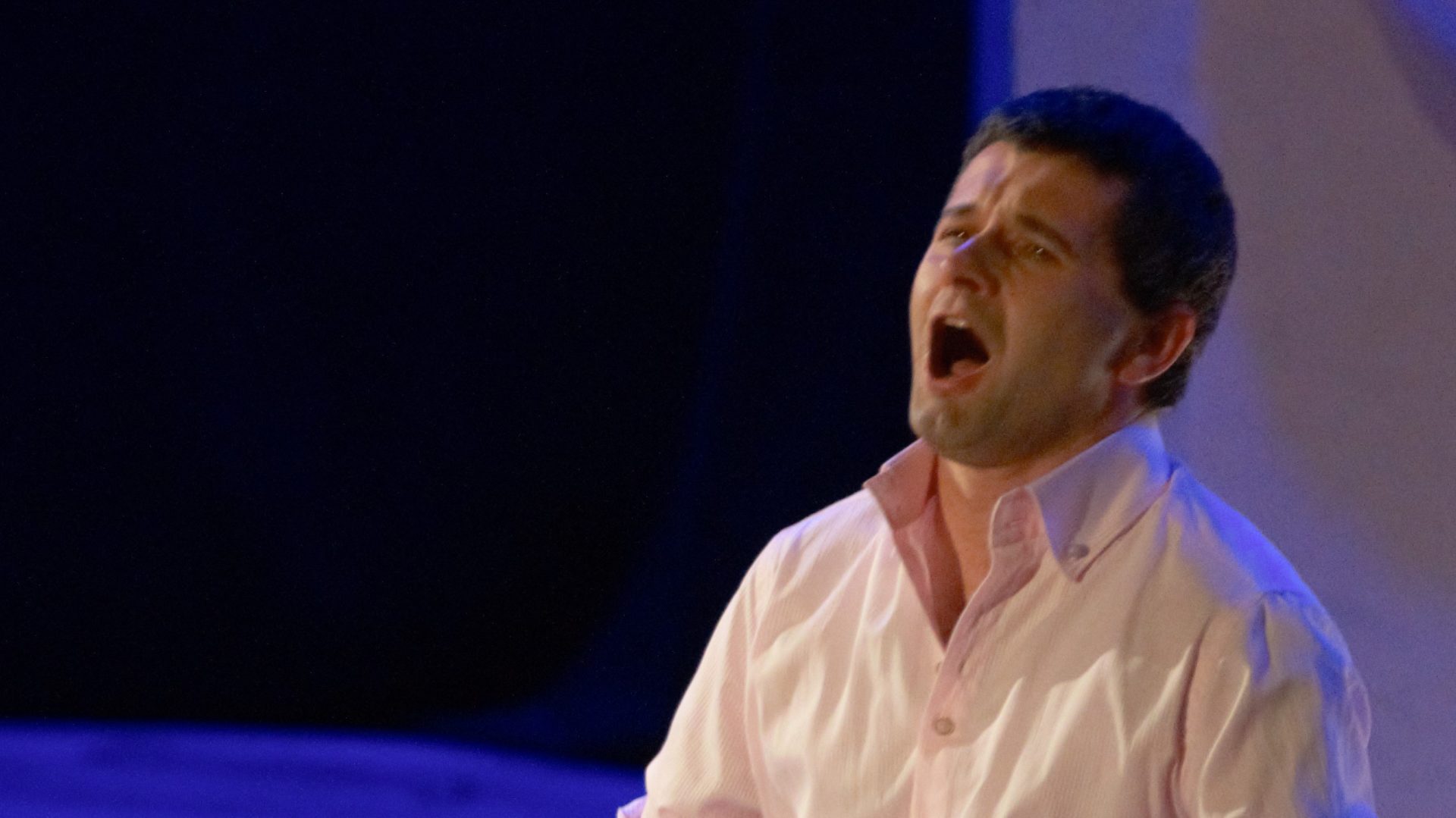 Jarosław Wewióra, a tenor lirico-spinto, graduated with honours from the Bydgoszcz University of Music under the supervision of Prof. Piotr Kusiewicz. He made his debut at the Vratislavia Cantans festival in 1998. In the consecutive years of 1999 and 2000, he participated in the Ambronay European Baroque Academy in France. These events were accompanied by prestigious tournées, and were recorded on CDs as well as VHS tapes for Radio France and TV channel Mezzo.

Ever since 1998, Jarosław Wewióra has been performing on numerous occasions both in Poland and abroad. He has also made an appearance at the national as well as international festivals, and has toured France, Belgium, the Netherlands, Switzerland, Portugal, Germany and Italy. He has been hosted in distinguished operas and concert halls such as: the Opera Comique in Paris, the Victoria Hall in Geneva, Gewandhaus in Leipzig, Konzerthaus in Dortmund and Vienna, the Philharmonic in Essen and Munich, Meistersinger Halle in Nuremberg and Musik Halle in Hamburg. Additionally, he participated in master courses led by R. Karczykowski, H. Łazarska, U. Mitręga, Ch. Elssner, Ch. Hampe and Ch. Pregardien, W. Kuzmienko, A. Burski, Pietro Ballo, Gioacchino Gitto and sang under the baton of the following conductors: T. Koopman, G. Garrido, H. Böck, S. Shouten, W. Szymański, S. Stuligrosz, Z. Rychert, L. Beikirchier, S. Krawczyński, P. Wijatkowski, M. Kaniowska, D. Binetti.

As early as his studies period, he worked with Opera Nova in Bydgoszcz, the Grand Theatre in Warsaw and the Music Theatre in Lublin as well as national and international concert halls and orchestras. In 2004, he embarked on a tour with Marek Tracz Opera  (Verdigala and The Magic Flute). In 2005, he performed the part of Gelindo in the opera of The Impresario in Distress by Dominico Cimarosa in the Grand Theatre of Lodz. In February of 2006, he took part in the premiere of Dalibor opera by B. Smetana in Slezské Divadlo in Opava in the Czech Republic where he performed the leading part. In March of 2008, he performed as Rinuccio at the premiere of Gianni Schicchi opera in Slezske Divadlo in Opava.

In 2002 and 2003, he was granted a scholarship of the Ministry of Culture, whereas in 2003 he received the Prize of the Marshal of Kujawsko-Pomorskie Voivodeship. In 2004, he studied at the Istituto d’Achille Peri in Reggio Emilia supervised by Mauro Trombetta in Italy. A year later, in 2005, he received a scholarship granted by the Italian government in Siena. He takes a singing lessons from Gioacchino Gitto (Rome) and is also a student in Belcanto Academy – Opera Studio in Levico Terme, Italy.

His repertoire includes oratorio and cantata master parts as well as opera, operetta music works and songs. His musical activity serves educational as well as popularization purposes. Since 2005, Jarosław Wewióra has been lecturing at the School of Marketing Management and Foreign Languages in Katowice. He is the initiator and chair of the Society of Fine Art Lovers based in Sosnowiec.

In December 2005, a record entitled Cielo e mar presenting Italian and Neapolitan songs was released. The following year of 2006 brought about two new albums My Evening Song with the series of op.2 songs of Karol  Szymanowski, and How Wonderful is Operetta including arias and operetta duets. At the end of 2007,  he recorded Nieszpory Piekarskie by Andrzej Marko. In June of 2008, his yet another album The Hand of the Wind consisting of famous tenor songs and arias came out. The record featured the Female Chamber Orchestra and the Symphonic Orchestra.

In the recent years, Jarosław Wewióra has promoted and organized a considerable number of musical projects featuring numerous concerts of chamber music, oratorio and cantata concerts as well as opera,  operetta galas and opera performances. In his Arte Creatura Music Theatre established within the scope of The Fine Arts Association not only did he produce, but also performed Don Pasquale by Donizetti, Opportunity Makes a Thief by Rossini, and, in 2012, The Impresario by A.W. Mozart, “Le 66” and “Le deux aveugles” by J. Offenbach.

Currently, he developed his vocal skills under the supervision of Gioacchino Gitto and Pietro Ballo. At the beginning of 2013 he performed the part of Caramello in “Eine Nacht in Venedig” by J. Strauss in Music Theater in Gliwice, Poland. In May 2013 he performed and produced “Das Land des Lachelns” by Fr. Lehar in the part of Sou Chong (Arte Creatura Music Theatre). In May 2014 he produced “Die Fledermass” by J. Strauss and performed a role of Eisenstein. In October 2014 produced  “The Pirates of Penzance” by Gilbert&Sullivan and performed Fredrick’s part. In 2015 he produced “Orpheus in the Underworld” by J. Offenbach performed Orpheus’s part and opera “L’elisir d’amore” G. Donizetti in the part of Nemorino. He produced also: “Csardasfurstin” by E. Kalman singing Edwin’s role (2016), operetta “Wienerblut” by J. Strauss (role of Count Zedlau), like also “Graffi Maritza” by E. Kalman in the part of Tassilo (2018).